NOTE: The school is open to any and all, when registration starts!

Registration is expected to start at the end of January. 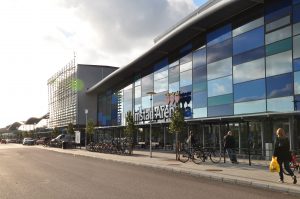 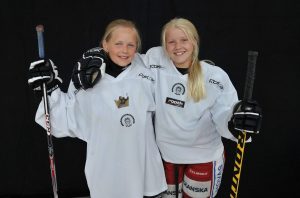 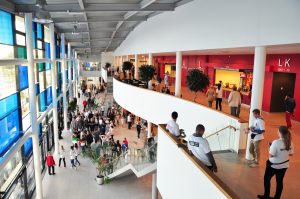 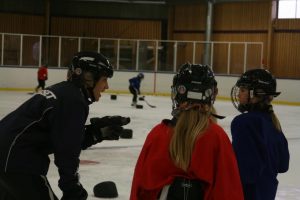 Maria Rooth Summer Hockey School has become the largest and most liked girls hockey camp in Sweden and Europe, which we are very proud of! The summer of 2023 is the 17th year and counting, and we accept 272 girls again this summer! The school is open to any and all! It is the eleventh year we have the beautiful city of Halmstad as our home base. The concept of the school will remain the same no matter the location. Our goal is for each student to be seen and to leave the camp with more knowledge of the technical aspects of the game, and also feel inspired and motivated. The students are close to their role models since all the group leaders are females with extensive hockey backgrounds. We also want the students to get to know more female hockey players and remain friends after the camp!

The hockey school is as always only for girls! Maria Rooth is the head on-ice instructor and she is assisted by female national team players / SDHL players / NDHL players and coaches, female as well as male talented leaders, and prominent guests. During the 2010-11 season Maria was the assistant hockey coach for the University of Minnesota Duluth (UMD Bulldogs) in USA; the same college she went to as a student 1999-2003. Maria gathered lots of knowledge that she now incorporates into the school in many different ways.

Registration takes place Sunday the 30th in the afternoon. The schedule will be posted here at a later date. Activities Mon-Fri will be going on between 8.00 AM until about 5-9 PM. Each group will in addition to the day schedule scrimmage one night of the week, and be a part of a night on the ice filled with fun! The school ends on Saturday Aug the 5th in the afternoon after a scrimmage and a closing ceremony.

Every day will include at least 2 ice sessions, 1-2 off-ice sessions and theory sessions.

2016 we had a visit by Peter Elander, a college coach at Ohio University. Peter is the former college Head Coach of North Dakota, and also a former Swedish National Team Coach. Peter held ice sessions, just like Riikka Välilä from the Finnish National Team (Riikka is also elected into the IIHF Hall of Fame), Niclas Högberg previous National Team Coach, and Tenny Svensson from Rögle. Christian “Lillen” Yngve was the goalie coach for the fouth consecutive year. Among others, Caroline Jönsson, a former goalie for the Swedish National Team in soccer, held a theory session about sports psychology.

2017 Peter Elander made a visit again as a coach on the ice, as well as Niclas Högberg who coached at the camp for two days. We also had visits on the ice by Tim Brithén, Head Coach at Helsingborg men’s team, and Ola Böös, coach at Rögle U10. We also had a visit by Emil Andersson, a local nutritionist from Peak of Mind.

2021 we once again arranged the school in beautiful Halmstad, mopstly as a day camp due to the Corona-pandemic. We had an excellent week with awesome guest coaches such as Joakim <engström (Head coach HV71 SDHL), Heini Lundin (Head coach Göteborg SDHL), Sara Ridderlund (Project Leader Stockholm Hockey Association), Tim Brithén (TV-Pucken Head Coach and Jonstorp Head Coach), and Oskar Bondesson (Youth Coach). We also had popluar off-ice activities such as wrestling and boxing and cross-fit.

In 2022, for the first time ever, we could arrange a school with 260 students. WOW is the word! We had amazing leaders who went above and beyond for every single student (of course!). We had some great coaches who were with us for several days such as Sara Ridderlund and Magnus Blårand. Skating lessons were offered by Nina Nässén, then we had guest coaches in the form of the college coach Peter Elander, Heini Lundin and Jim Brithén. For off-ice training, we had various instructors visit us, including Crossfit from Halmstad, wrestling with Moa and Olivia and running training with Maria Mossberg.